NEWS
Homepage
>
Company news
>
Are you scared of Chinese competition from German machinery makers?
There is currently no information to display
Please add data record on website background.

Are you scared of Chinese competition from German machinery makers?

Machinery has long been a source of pride in Germany, but now germans are worried as China, especially in construction, catches up. Some say pressure is building on German machinery makers in China. Faced with the fact that China's construction machinery companies are growing, are germans really afraid?
In the past few years, Chinese manufacturers have "caught up" in the field of standard machinery, and are now serious competitors, as are the rest of the world, says Thomas lindner, President of the German machinery manufacturers association. ThomasBauer, President of the federation of German construction machinery, said Chinese companies had already made significant inroads into the African market and were looking for ways to enter the European market.
Mr Lindner says it is hard to say whether markets around the world will be open to europeans when Chinese companies become leaders. But after a spell in the doldrums, the German machinery industry is hoping for an upturn soon. Now German machinery makers are feeling the pinch again.
Meanwhile, roamed romer, a market expert in construction machinery at oliver wyman, a consulting firm, said: "we're not going to be able to do that. Mr Kelp also predicts that Chinese manufacturers of construction machinery are expected to win in the fierce competition between Germany and China. "Chinese companies are in an ideal position because they have what emerging markets need first: durability, simple technology, reasonable prices and user-serviceable services," he says.
While a high-tech niche still exists for western companies, it will not grow as strongly as the mass market. This is because the future of rapid economic growth will not be in Western Europe and the United States, but in the emerging industrial countries such as Indonesia, Vietnam, Cambodia, Malaysia and some African countries.
Despite German manufacturers' confidence in emerging industrial markets, Mr Kelp believes reality is often different from expectations. "Western manufacturers often don't have the right products for these regions," he said, noting that there is limited sales potential for technologically advanced high-end products.
Performance is good, the price is reasonable, cost-effective is mechanical products * big advantage in China, however, as we need to face the challenges of the competitors, avoid arrogance, expand continuously, continuous innovation, constantly to challenge for high-end technology, long xi road far, China's machinery manufacturing to its own advantage has become the darling of the world, there is still a long way to go! 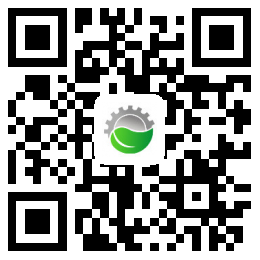 About us
Cases
Customer
News
Contact us
Email login